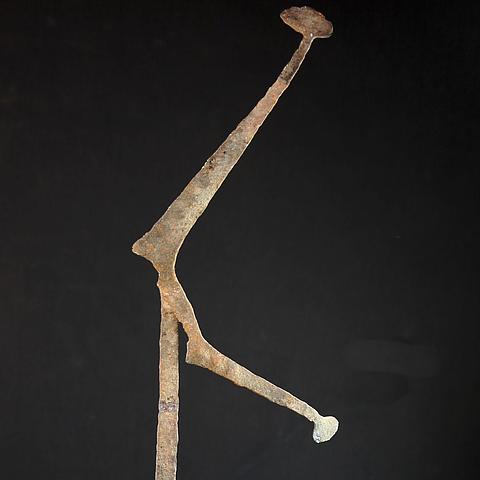 Widely used in Southern Chad. these items were collected during my stay in the Moyen Chari Region in the 80 ties. The Kul shape can be date back to the neolithic rock paintings in the Sahara and to the more contemporary shape of the throwing knife used by the ethnic groups in Southern Chad both for hunting and fighting. They served to organize traditional ceremonies, pay local fines and up to 100 - 250 Kuls were needed for a marriage, but in the daily live they served to pay agricultural goods and services, pay fines. It is made out of  thin and light  wrought iron. The literature claims that the Kul was forged by the Ngama blacksmith and then distributed to various ethnic groups in Southern Chad. 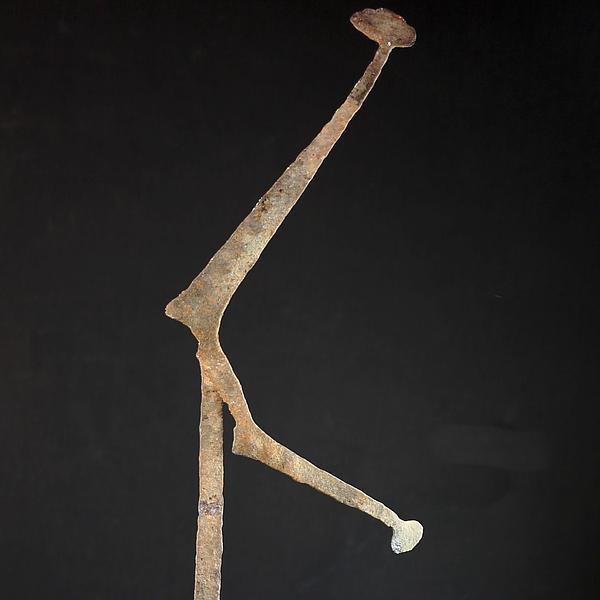 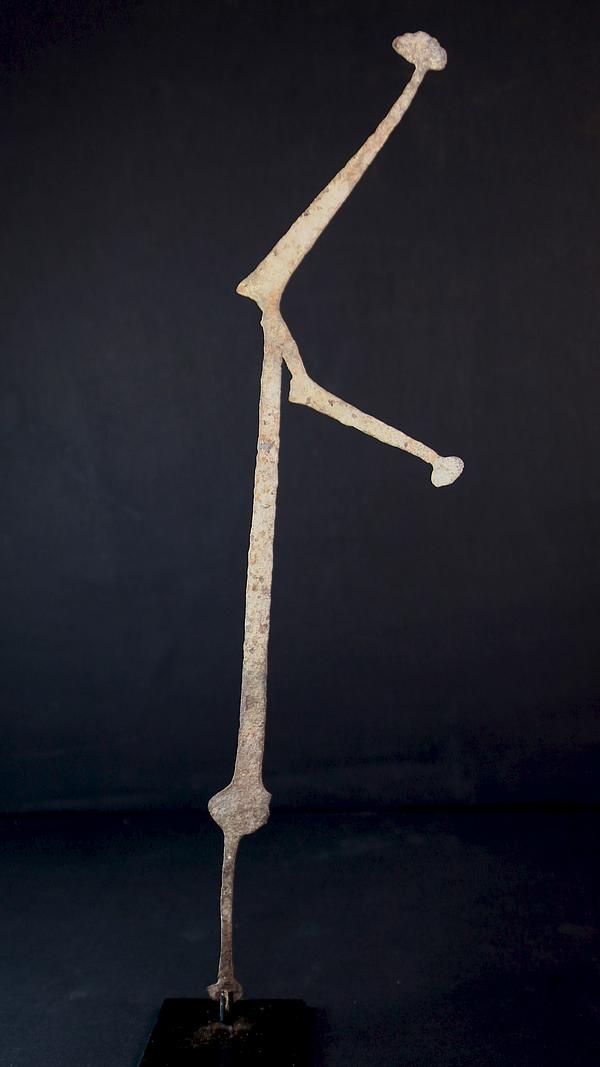